A former member of the Allied Democratic Forces (ADF), the rebels blamed for the recent suicide bombings in Uganda’s capital, says the Islamic-State linked group uses fear to keep its recruits in line.

“The group is run on Sharia. If you steal, you lose an arm. If you rape a child, you die. If you tell a lie about someone and you’re found out, you die,” Peter, whose name has been changed to protect his identity, told the BBC.

He chuckles rather menacingly throughout our conversation – seemingly to deflect from the trauma he carries.

The young man was forcibly recruited and spent two years as a militant, witnessing amputations and beheadings – sometimes of his comrades.

The fear this engendered, as well as an Islamist ideology and the establishment of links with the Islamic State (IS) group, has made the ADF a threat to Uganda once again.

For years, Uganda’s government has said the ADF was a defeated force, but that no longer seems true.

A spate of violence since October, including the twin suicide attacks in the centre of Kampala, have killed at least eight people, including three militants, and injured more than 40.

The ADF was originally formed in the 1990s by Jamil Mukulu whose adherents were Ugandans disgruntled with government’s treatment of Muslims.

It was routed and removed from bases in the western mountainous Rwenzori region, where its fighters had been attacking villages and torching schools in the early 2000s.

The remnants fled across the border, to the east of the Democratic Republic of Congo.

Initially, ADF rebels there worked with local communities to set up businesses, which made them popular with many around the town on Beni, according to a 2011 UN report.

But that changed when they started attacking local Christian communities.

It was after this time that Peter, who was living in Uganda, decided to go to DR Congo to look for a job. Someone had told him there was money to be made there.

He only realised the real reason he was lured across the border when armed men emerged from the bushes as he was travelling deep in DR Congo and ordered him to march. 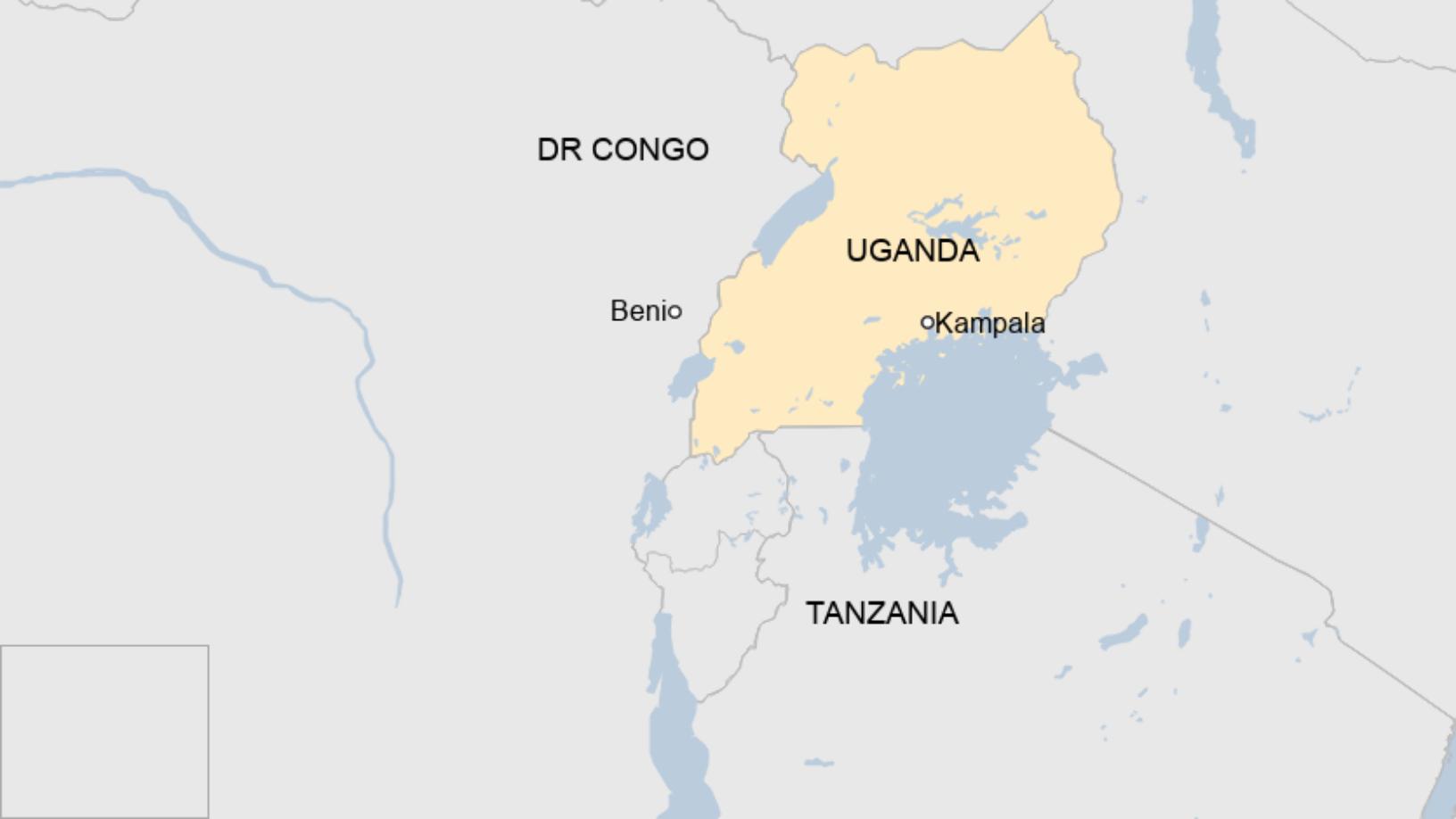 At gunpoint, Peter had been recruited into the ADF – although the organisation now calls itself the Madina at Tauheed Wau Mujahedeen (MTM), meaning City of Monotheism and Holy Warriors.

“I didn’t have a moment to absorb what was happening. We took several modes of transport, including boats, before arriving at the training camp,” he told the BBC.

Peter says MTM had pledged allegiance to IS at the time it was led Abu Bakr Baghdadi.

He had come to prominence in 2014, announcing the creation of a “caliphate” in areas of Iraq and Syria – and led the group until 2019 when he killed himself during a US military operation.

“We would not do anything, like attack an army barracks, before receiving orders from the top,” Peter says.

“All fighters know that their one leader is the head of IS. They are Allah’s army.”

Plotting an escape was tricky as it was impossible to work with anyone without fear of being reported, he says

However, over time many of them became committed to the cause, seeing the AK-47 as “part of their body”, according to Peter.

Some of the most dedicated fighters were children between 10 and 15 years old, he says.

“Those are quick to volunteer themselves for missions. They have no fear, because they believe the teachings of going to Janaah [heaven]. Many are Congolese children, taken away from families during attacks on villages,” he says.

Investigations by the UN Joint Human Rights Office show that between January 2019 and June 2020, 1,066 civilians were killed and 59 children recruited by ADF in DR Congo’s North Kivu and Ituri provinces.

The ADF transformed into a group with a more global outlook when Musa Baluku, a Ugandan in his mid-40s, inherited the leadership.

His predecessor had been arrested in 2015 in Tanzania, which neighbours both DR Congo and Uganda, and was extradited to Uganda where he is on trial.

“While Mukulu founded the ADF with the intention of returning to Uganda to establish an Islamic government that would be the envy of similarly minded militants around the world, Baluku wanted to position the ADF as part of a broader global movement,” a recent report from the George Washington University’s Program on Extremism says.

In a video released via Mujahideen TV last year, Baluku declared: “There is no ADF anymore. Allah willing, ADF ceased to exist a long time ago.

“Currently, we are a province, the Central Africa Province, which is one province among the numerous provinces that make up the Islamic State.”

Under his leadership, the organisation is said to have gained access to funding through IS financial networks.

In addition, between 2016 and 2017, ADF posted more than 30 videos across IS’s social media platforms, prominently featuring the MTM logo and showing that it was now part of an international jihadist movement.

When Kangbayi prison in Beni was attacked in October 2020 and more than 1,000 prisoners freed, both ADF and IS said they were behind it.

Baluku, who was added to the UN Security Council’s sanctions list in August 2020, seems to have attracted fighters from the Great Lakes region and beyond.

“The group’s objective is not just Uganda,” says Peter.

“Their target is having Islam dominate the whole world. There are Tanzanian fighters, Kenyans, Rwandans, Burundians, Somalis, even Arabs,” the former militant says.

What is not clear following the recent attacks is whether the suicide bombers came across the border or whether they were recruited, trained and armed within Uganda.

The authorities say they have managed to dismantle what they call domestic terror cells across the country – from Rwenzori to Kampala’s slums, which indicates a widespread threat.

In its crackdown following last week’s attacks, the government has arrested more than 100 people and killed seven suspects.

It is also trying to entice militants away from a life of violence.

Peter finally made his escape a few months ago and has received an official pardon through Uganda’s Amnesty Commission, one of 23 ADF ex-combatants who have sought amnesty since 2019.

He received a small resettlement package worth around $100 (£75).

But he has not received any psychological support or rehabilitation and has found it difficult to find regular work.

Such issues will make it harder for the authorities to dismantle the emboldened militant network.

More on IS in Africa:

Omicron: WHO warns of 'high infection risk' around globe

CEO Secrets: From Ordsall poverty to being a billionaire

Ronaldo all smiles on way to court