On his sixth attempt Wavel Ramkalawan, an Anglican cleric, has become Seychelles’ president ending decades in opposition, but as Tim Ecott reports from the Indian Ocean archipelago – he now has to bring the country together.

“After 43 years we have regained democracy. The road has been long and now we will reap its rewards.”

There was only the merest hint of triumphalism in President Wavel Ramkalawan’s acceptance speech as he addressed an audience of invited dignitaries assembled in the manicured grounds of State House.

His election marks a seismic change for the islands, where the presidency has been dominated by one party since 1977.

In front of the grand Victorian colonial mansion and accompanied by a military guard of honour, the 58-year-old was sworn in by the chief justice on Monday.

The new president is an ordained Anglican minister, and not surprisingly his overall message was one of peace, tolerance and an appeal for all Seychellois to work together for national unity, and to overcome the divisions of so many years of political wrangling.

Thanking outgoing President Danny Faure for keeping political dialogue open over the past few years, Mr Ramkalawan stressed the need for tolerance among the Seychellois people and appealed for what he called a return to civility, to a society where everyone says good morning to one another and where racial and social differences are put aside. 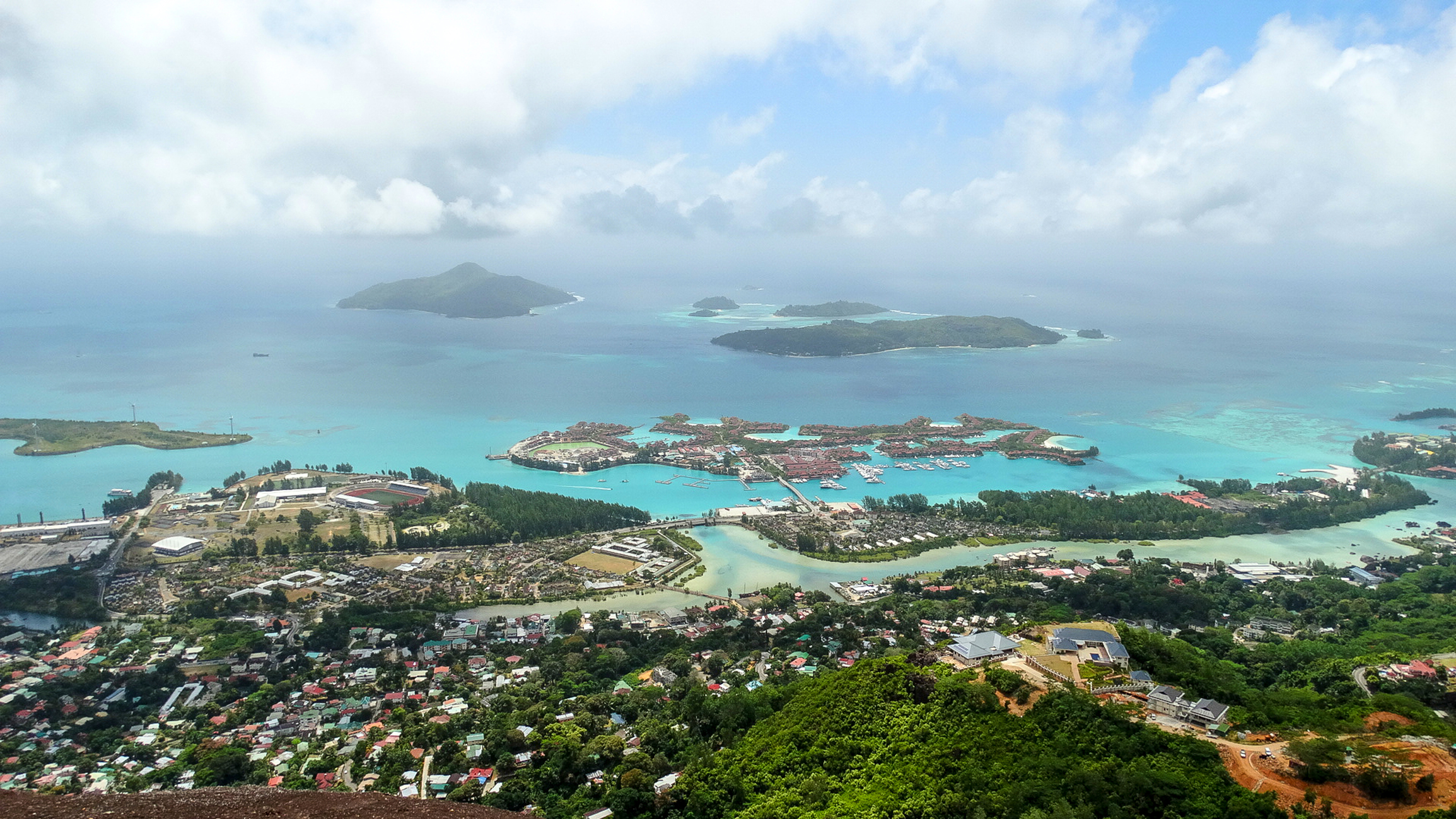 “Seychelles,” said the new president, “should be an example of tolerance for the whole world. We are 115 small islands in the Indian Ocean, but we are not insular.

“We will maintain friendly relations with all nations, and welcome help and assistance from our international allies whomsoever they may be.”

Behind the Christian sentiments expressed by the new president there is also political steel.

This was his sixth attempt at the presidency, a journey that began when he first contested the role in 1998.

He had entered politics several years earlier, and was criticised by the government for making what they saw as political statements from the pulpit during the one-party state era.

He had come tantalising close to winning the presidency several times, and in 2015 lost to James Michel by only 193 votes in a second round of voting.

Referring to the years in opposition, and his five previous defeats in presidential elections Mr Ramkalawan quoted Nelson Mandela: “A winner is a dreamer who never gives up.”

In spite of the positive messages in his inaugural address, there is no doubting the divisions within Seychellois society.

It is precisely 43 years since the islands were subjected to a violent coup by Albert René, who overthrew the democratically elected government of James Mancham, the man who had led the islands to independence from the UK in 1976.

Amid his appeals for peace and harmony, President Ramkalawan pointedly paid homage to Gerard Hoarau, an opponent of René assassinated in London in 1985, and whose killers have never been identified.

Hoarau was not the only person who died or disappeared during the one-party era that lasted from 1977 to 1991.

Many of the crimes committed during that period were exposed publicly during recent Truth and Reconciliation hearings in Seychelles.

There is no doubt that those revelations harmed the chances of Mr Faure and his United Seychelles party in these elections.

United Seychelles is the current name of the former Seychelles People’s Progressive Front, which was in power when René so ruthlessly imprisoned and persecuted his political opponents.

For all its convoluted political history in the decades since independence, the 97,000-strong population of Seychelles now faces very big challenges.

The economy is heavily reliant on tourism, with around 350,000 annual visitors accounting for 65% of GDP.

Covid-19 has reduced tourist arrivals to a tiny trickle, and the economy has already shrunk by around 14%.

In addition, local non-governmental organisations estimate that approximately 10% of the working population, some 6,000 people, are addicted to heroin, and many are reliant on the government’s methadone rehabilitation programme.

They will have 25 seats to the United Seychelles’ 10. However, the president warned his parliamentarians not to become complacent.

“Just because we have won, we can’t sit back,” he said. “We need to carry on working hard, delivering what our people deserve.”

One of the subtexts of Mr Ramkalawan’s inaugural address is that the LDS will need to unravel decades of inefficiency, corruption and cronyism within the civil service and public administration of Seychelles.

He has promised that under his presidency “no-one will be above the law”.

Even though the one-party state was dismantled more than 25 years ago, a small number of educated Seychellois have tended to occupy key positions and appointments have been handed out based on party loyalty rather than competence.

Internationally, the new president is likely to also face challenges negotiating the tricky geopolitical order of the Indian Ocean.

Just a day before the elections he reiterated that the islands’ sovereignty was not for sale.

He was referring to a deal made by President Faure to cede control of a remote island to the Indian Navy as a base.

Mr Ramkalawan is adamant this will not go ahead.

However, in recent years the region has been the scene of diplomatic rivalry between India and China.

India had hoped to use the Seychelles’ island of Assumption to rival China’s military base in Djibouti.

Both China and India have made significant donations to Seychelles, although the most generous donor is the United Arabs Emirates – especially Abu Dhabi.

However, fresh diplomatic overtures towards President Ramkalawan from India are highly likely, especially since he had a grandfather who emigrated to Seychelles from the Indian state of Bihar.

The LDS victory has been received peacefully in Seychelles, and most people believe that it is time for a new philosophy at State House.

President Ramkalawan stated clearly that his wish was for national reconciliation and for all parties to join in helping young people secure a better future.

“Whatever our party,” he said, “we must now concentrate on being Seychellois together.”