Ethiopia’s government has launched a crackdown against a powerful and increasingly autonomous regional security force, in a bold, and potentially risky move to extend central control over a fractious nation.

The clampdown against armed groups in the giant Amhara region has seen the arrest of more than 4,000 people in recent days, including militia members, politicians, journalists, and a key military leader.

There have also been attempts to restrict gun ownership.

These new measures by Ethiopia’s prime minister are designed to clip the wings of an increasingly strident nationalist movement in Amhara, and come months after a humanitarian ceasefire was declared in the war-torn Tigray region next door.

But it is not yet clear whether the crackdown in Amhara will bring greater stability to a turbulent Ethiopia, or further enflame ethnic tensions in a nation already struggling to contain powerful centrifugal forces.

The hugely destructive Tigray conflict has shaken up a complex patchwork of internal and external political alliances – including Ethiopia’s recent rapprochement with neighbouring Eritrea, whose forces intervened aggressively in Tigray and may yet seek to do so again. 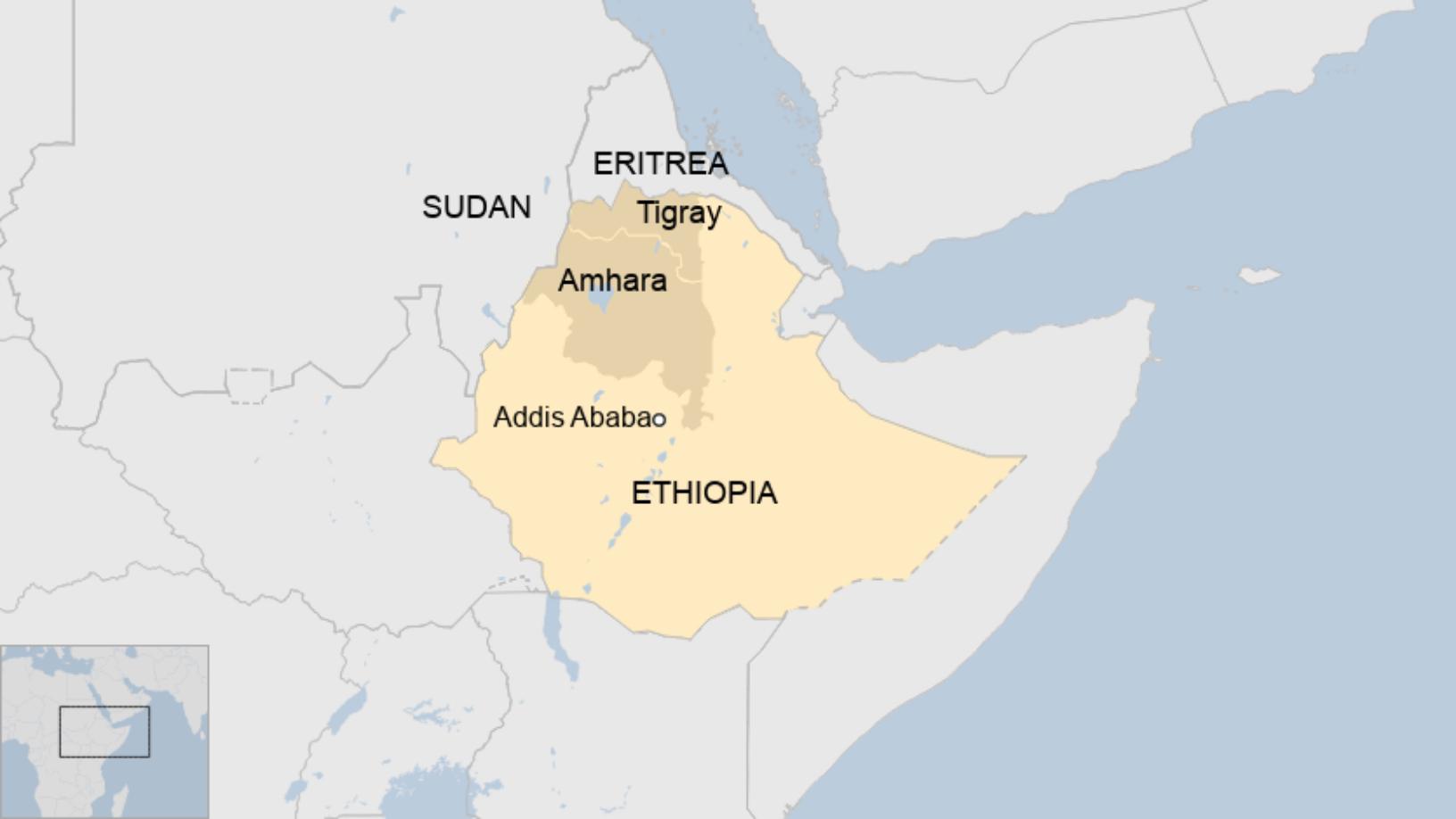 There are already reports of multiple clashes and deaths across Amhara in recent days, as well as street protests against the new crackdown.

Many other parts of Ethiopia, including Oromia, are experiencing growing insurgencies and inter-communal violence which have blocked key roads and deepened economic hardship across the country.

Local Amhara soldiers and youth militias – known as Fano – played a crucial role in supporting Ethiopia’s federal army in its 18-month conflict with the neighbouring region of Tigray, and some now fear they’re being sidelined, or even betrayed, by the central government.

Early in their offensive, Amhara forces seized a significant and strategic part of western Tigray and remain determined to hold on to it. The disputed area, along the Sudanese border, could become a new flashpoint if its status becomes part of any negotiations to end the conflict in Tigray.

Amhara’s regional president, Yilkal Kefale, confirmed the arrest of “unlawful and sometimes armed individuals,” linked to the Fano – a collection of armed youth groups accused by human rights organisations of atrocities during the unresolved civil war in Tigray.

At least 10 journalists and commentators known to have been critical of the government are also reported to have been detained in Ethiopia’s capital, Addis Ababa.

A move by Tigrayan forces to release government troops captured during the 18-month civil war in the northern region has also been condemned by Ethiopian officials as “false information and propaganda”, amid enduring concerns that a humanitarian ceasefire in the famine-plagued region is not being properly implemented and could unravel.

But after a widely praised start, which earned him the Nobel Peace Prize for ending a long conflict with neighbouring Eritrea, Mr Abiy has faced mounting criticism for his handling of Ethiopia’s complex ethnic divisions.

This is most stark in Tigray, where a civil war triggered famine conditions and caused of tens of thousands of deaths across northern Ethiopia.

After suffering heavy initial losses, Ethiopian federal and allied troops, backed by forces from neighbouring Eritrea, eventually pushed Tigray’s military back within its own regional borders.

But that apparent victory has done little to resolve Ethiopia’s wider political, military, and economic challenges.

The dilemma of rebuilding Gaza without rearming Hamas